Get Your Sample
HOME / BLOG / Your Most Embarrassing Sex Stories

Your Most Embarrassing Sex Stories

A Nose for Timing

I have my septum pierced (the middle of my nose) and when I don’t feel like wearing a septum ring, sometimes I wear an acrylic retainer so the hole doesn’t close up.

Once, when I was on top of my boyfriend in the throes of passion, my septum retainer fell out and landed right in his mouth. He almost choked on it! Then he had to help me put it back in while I was still on top of him. I feel like we definitely bonded on a deeper level through the experience. — Raven, 22.

My current boyfriend and I were doing the do, and I felt a bit of wetness on my face. I assumed it was just sweat and we kept at it. When my boyfriend got up to turn on a light and clean up, he looked at me and started to freak out.

It turns out he’d had a giant nose bleed all over me, and I basically looked like Carrie on prom night. My face, neck, and chest were all smeared with crimson blood, and he thought something out of a horror movie was going down. He laughed after he figured it out, but for a second there I was sure he’d faint! — Kara, 25.

I once fell off a three-foot-high platform bed with a 200 pound man on top of me, landed on the concrete floor and got knocked out cold. I woke up not being able to see and was temporarily blind for a few hours from the impact.

Aside from how terrified I was, I was humiliated that I had to be loaded onto a stretcher in a neckbrace by the EMT crew in a state of half dress, all of whom knew full-well what I was doing before my fall from grace. — Andrea, 21

I was blowing my ex in my parent’s shower and getting ready for some steamy shower sex. Things were going well until I realized he was resting his weight on the soap dish. Just as I was about to say something about it, the whole thing fell off in one big chunk, bringing a hunk of the wall and tiles with it. My parents were furious! I tried to cover for us with a story about him slipping while he was showering alone, but they definitely weren’t buying it. — Kesi, 26

Just Not Feelin’ It

My story is more of a case of second-hand embarrassment. I was camping and my friends thought I was asleep so they started having sex next to me. I heard my friend mutter “Is it in yet?” and her boyfriend replied, “What do you mean is it in yet? I’ve been screwing you for the last five minutes!” Yikes, right? He later sent me unsolicited nudes and proved that he does, in fact, have a very small penis. — Jaelyn, 32 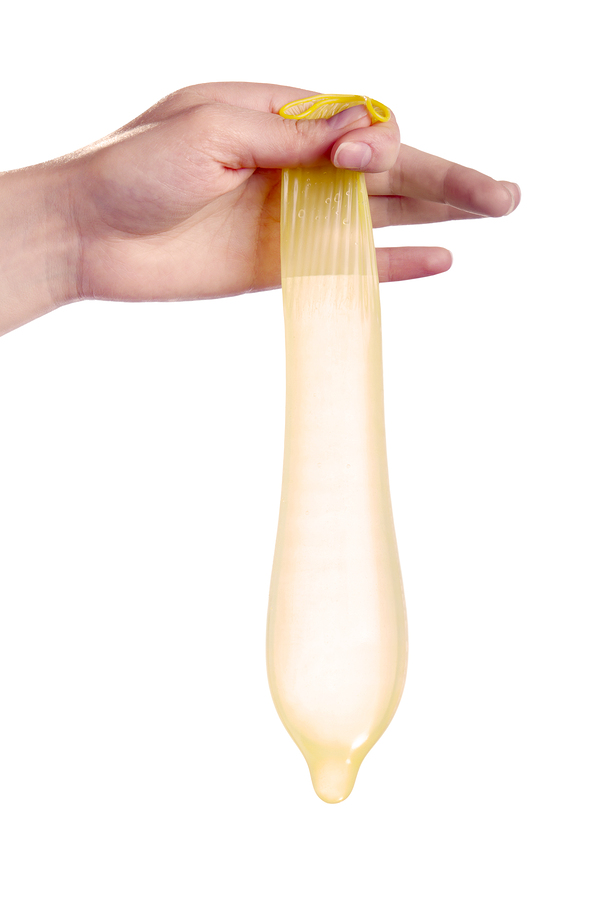 My girlfriend and I decided to have an afternoon quickie. I reached in her dresser drawer for a condom and couldn’t find any, even though we’d just bought some the night before. No sooner had I closed the drawer then I heard yelling outside.

I looked out of the window and saw my girlfriend’s son filling up a suspiciously-shaped water balloon with the garden hose while the other neighborhood kids gathered around. Thankfully, I got outside and grabbed the box of condoms before any of the adult neighbors could see! — Jason, 36

We’re thankful to our readers who opened up to share their embarrassing sex stories.

We know confessing moments like these isn’t always easy, but if your cringe-worthy experience can make just one person laugh, then it almost seems worth it… right?

Did your grandma open your mail to discover your free lube sample (and the coupon for $1.00 off of a full-size bottle of ASTROGLIDE that comes with it)? Did your ex share screenshots of your drunk sexting on Facebook? Have your own embarrassing sex story? We’d love to hear about it! Share your sins by tweeting us @ASTROGLIDE!