Get Your Sample
HOME / BLOG / The Complete History of Gay Pride

The Complete History of Gay Pride 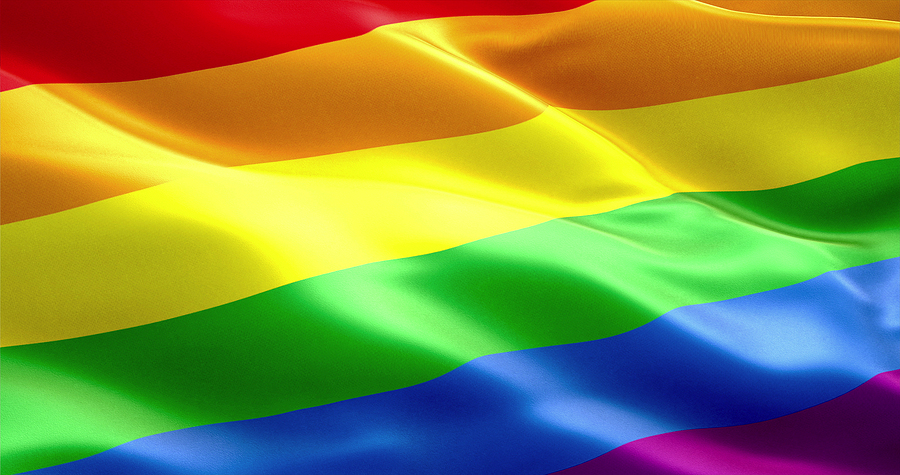 Today, Gay Pride activities are perhaps most closely associated with lively, colorful parades that celebrate diversity in all its forms, with major corporations like Target and Comcast joining the party.

As any historian will tell you, however, American history is filled with stories of marginalized groups who refused to be excluded from the American dream — and worked tirelessly to overcome intense oppression. Long before the glitter and the glam came sheer grit and determination.

The story of Gay Pride — and indeed gay history itself — is about much more than parades or dressing up in fun costumes. It’s a story of courageous people who fought back against discrimination and sometimes gave their lives in the name of LGBTQ+ rights.

As famed film critic Roger Ebert once wrote about civil rights pioneers like Rosa Parks and Harvey Milk, “Sometimes, at a precise moment in history, all it takes is for one person to stand up. Or sit down.”

No discussion of gay history is complete without mentioning Harry Hay. Born in 1912, Hay grew up in a time when being homosexual was a criminal offense. Gays were prohibited from gathering in public, and the American Psychiatric Association included homosexuality among its list of mental illnesses.

In 1951, Hay formed the Mattachine Society, the first national gay rights organization in the country. According to a New York Times obituary published shortly after Hay’s death in 2002, “Mr. Hay’s contribution was to do what no one else had done before: plant the idea among American homosexuals that they formed an oppressed cultural minority of their own…” 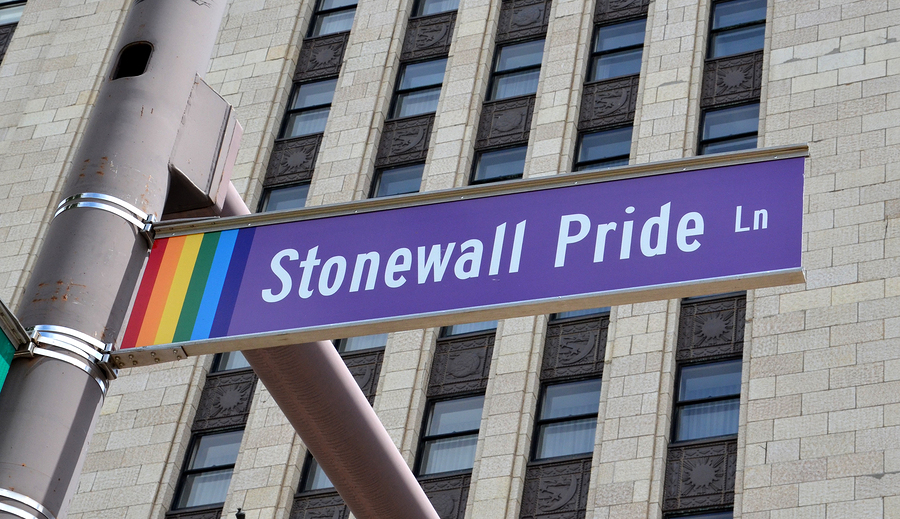 While there are hundreds of stories of people who stood up against oppression related to their sexual orientation, most historians agree that the Stonewall Riots represent the flashpoint for LGBTQ+ rights and Gay Pride in the United States.

On June 28, 1969, New York City police raided the Stonewall Inn — a well-known gay club in the Greenwich Village area of Manhattan. According to an article published by The Atlantic, the police were technically correct that the club had served liquor without a license. The problem was that the club was one of many gay establishments wrongfully denied a liquor license solely because its patrons tended to be homosexual.

For years, the city had engaged in a practice of denying liquor licenses to gay establishments. This created a vacuum that organized crime syndicates were all too happy to fill. Mafia groups would move in, take over a club, then bribe police to warn club owners when a raid was scheduled to take place. The mafia made money, and the police made money, but club patrons were at the mercy of both.

On the night police raided the Stonewall Inn — arresting 13 patrons in the process — the gay community had had enough. Police that summer had carried out similar raids in other clubs throughout the city, making arrests and even shutting down several bars.

When police exited the club, a spontaneous protest sprang up. In what has been called “the shot heard round the world” for LGBTQ+ rights, protesters rioted in various parts of the city over the next three days.

Democracy Now states that one historian estimates there were just 50 to 60 gay groups in the U.S. at the time of the riots. One year later, that number had swelled to 1,500. Two years after Stonewall, there were 2,500 gay rights groups in the country.

After Stonewall, gay rights groups formed in nearly every major city in the nation. And just one year and a day after the riots, the very first Gay Pride marches took place in New York City, Los Angeles, San Francisco, and Chicago.

Some aspects of the Gay Pride marches of 1970 bear a striking resemblance to the thousands of parades and marches that take place today. Photos of the parades gathered by the Advocate show some spectators and participants dressed in colorful clothing and exotic costumes.

At the same time, the marches were harbingers of the political activism that would characterize much of the gay rights movement throughout the next three decades.

The first Gay Pride march in New York City was largely conceived and organized by prominent gay rights activist Craig L. Rodwell. Rodwell owned the Oscar Wilde Memorial Bookshop — a popular meeting place for gay rights activists. Rodwell’s march was part of a day-long protest that came to be known as the Christopher Street Liberation Day, which marked the start of the annual tradition of similar parades and marches around the world.

Writing for the Village Voice, Fred Sargeant, a retired lieutenant from the Stamford, Connecticut police department, Craig’s partner, and a participant in the 1970 Gay Pride march in New York City, stated, “Today, people celebrate Gay Pride from San Francisco to São Paulo, Melbourne to Moscow — all thanks to people like Craig … who laid the groundwork for what has become the world’s largest and one of its most prominent human rights demonstrations.”

The Assassination of Harvey Milk

In 2008, the biopic Milk won two Academy Awards for its portrayal of gay rights activist and politician Harvey Milk.

Affectionately known as “the Mayor of Castro Street,” Milk was a Navy veteran and pioneering figure in American politics and was the first openly gay individual to ever win an election for a major political office.

Although initially reluctant to reveal details of his personal life, he became increasingly outspoken about gay rights as he observed rampant discrimination on both the east and west coasts.

Born and raised in New York City, he lived most of his adult life there before moving to San Francisco in 1972. In California, Milk ran for office unsuccessfully several times before finally winning a seat on San Francisco’s Board of Supervisors in 1977. At the time, he was the only openly gay politician in the United States.

In addition to his work for gay rights, Milk was also an avid supporter of many groundbreaking policies, including fair housing, paid child care and the establishment of a civilian police review board.

While Milk had many political allies in city government, including San Francisco mayor George Moscone, he often clashed with more conservative members of the Board of Supervisors. One member in particular, Dan White, resigned from the board in 1978, claiming his salary was insufficient to support his family, and that he disapproved of Moscone’s liberal policies.

Shortly after resigning, however, White had a change of heart. When Moscone refused to reinstate him, White climbed through a basement window in City Hall with a loaded handgun and assassinated both Moscone and Milk.

At White’s murder trial, his lawyers successfully argued that his diet — which had previously been healthy — was partly to blame for him murdering two people.

In what was later dubbed the “Twinkie defense,” White’s defense counsel convinced the jury that a sudden switch to soft drinks and sugary snacks changed his temperament enough to make him capable of carrying out the shooting. As a result, the jury convicted White of voluntary manslaughter rather than murder, which meant he served just six years in prison.

Today, Milk is remembered as a powerful force that mobilized members of the LGBTQ+ community and allies to speak up.

As Milk stated in one of his most famous speeches, “Gay people, we will not win our rights by staying quietly in our closets … We are coming out to fight the lies, the myths, the distortions. We are coming out to tell the truths about gays, for I am tired of the conspiracy of silence, so I’m going to talk about it. And I want you to talk about it. You must come out.”

Milk’s legacy also includes increased attendance at Gay Pride parades and marches, particularly in response to a defeated Proposition 6 in California, which would have required school districts to fire gay teachers. 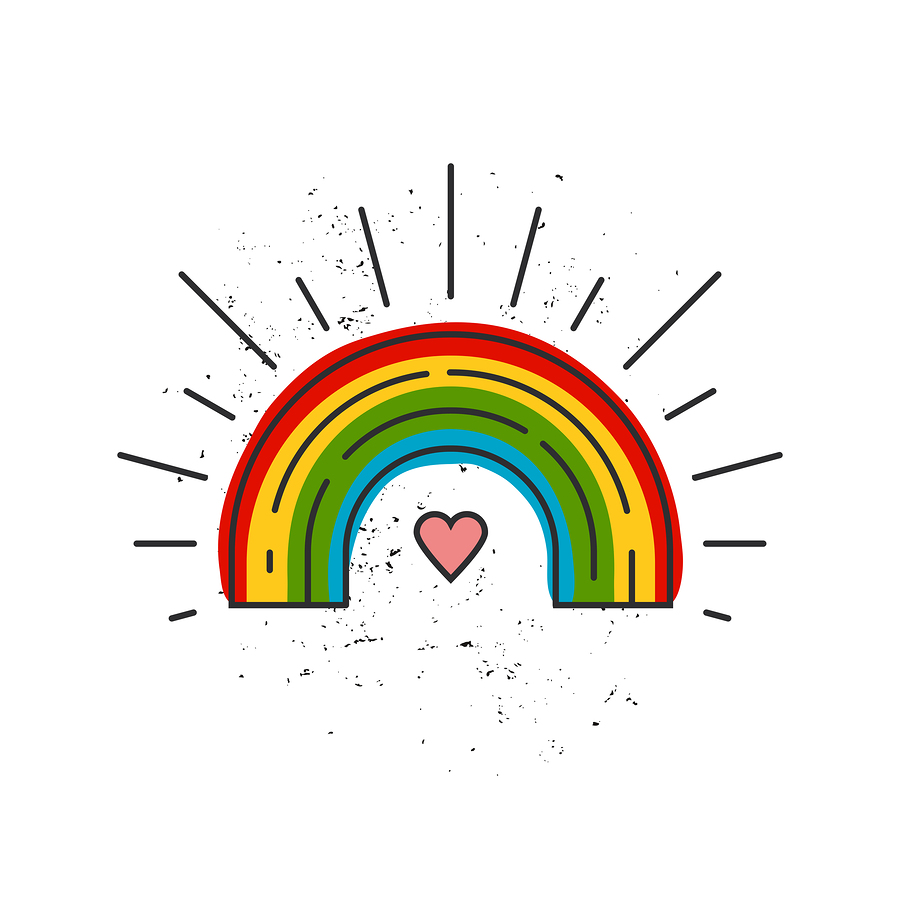 Army veteran, artist and flag-maker Gilbert Baker is credited with designing some of the gay rights movement’s most recognizable symbols, including the rainbow flag.

Baker, who passed away in March 2017, described himself as “gay Betsy Ross.” The title was fitting, as it was Baker who hand-dyed and stitched the very first rainbow flag in 1978. Baker made the flag at the request of Harvey Milk, who was tragically assassinated shortly after the first rainbow flags flew above a Gay Pride parade in San Francisco.

Baker was also responsible for using the pink triangle as a symbol for gay rights — a deliberate move that reclaimed it after the Nazis used it to identify homosexual men in concentration camps in World War II.

According to one of Baker’s longtime friends, Baker never sought a trademark for his rainbow flag design. “It was his gift to the world,” his friend said. “He told me when the flag first went up that he knew at that moment that it was his life’s work.”

Gay Pride Month is celebrated each June to commemorate the Stonewall Riots, as well as the innumerable sacrifices gay rights activists have made to advance equal rights for the LGBTQ+ community.

In 2000, President Bill Clinton issued the first Proclamation for Gay and Lesbian Pride Month. President Barack Obama continued the practice by issuing presidential proclamations for Gay Pride Month every year he was in office.

In his final Pride proclamation, President Obama praised the landmark U.S. Supreme Court decision, Obergefell v. Hodges (2015), which legalized same-sex marriage in the United States. “Last year’s landmark Supreme Court decision guaranteeing marriage equality in all 50 States was a historic victory for LGBT Americans, ensuring dignity for same-sex couples and greater equality across State lines. For every partnership that was not previously recognized under the law and for every American who was denied their basic civil rights, this monumental ruling instilled newfound hope, affirming the belief that we are all more free when we are treated as equals.”

Gay Pride Around the World 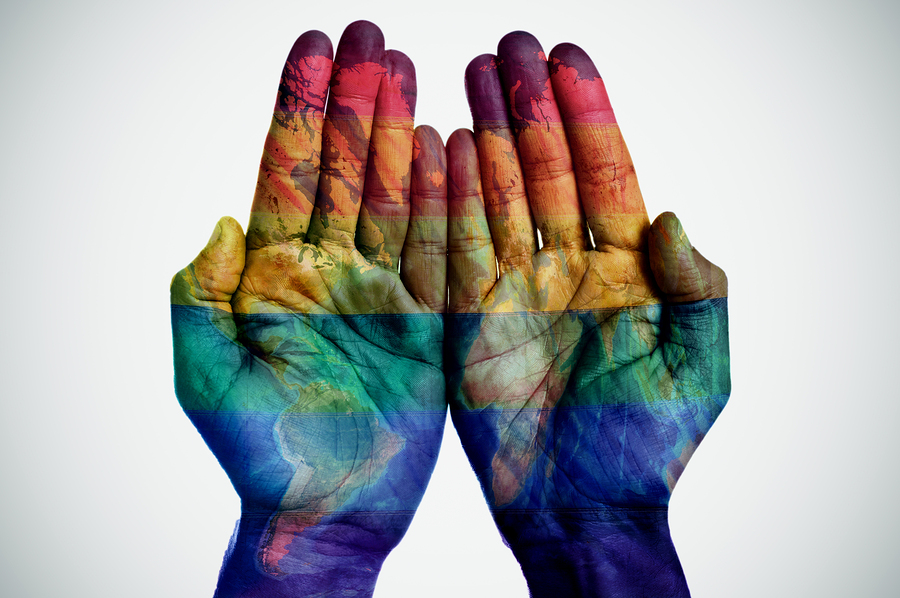 What began outside a nightclub in New York City has spread around the world. Today, Gay Pride Month is celebrated on every continent.

However, oppression and hate crimes are still a reality for members of the LGBTQ+ community — both at home and abroad. In 2016, a gunman opened fire in a gay nightclub in Orlando, killing 49 people and injuring 53 others in the worst mass shooting in U.S. history.

Tragedies like Orlando remind everyone why it has never been more important to continue the fight for equality for all Americans. The Pride movement is about gay rights, but it’s also about human rights — something that’s always worth celebrating.

How Do You Show Your Pride?

If you’re like us, you take advantage of every opportunity to celebrate. Check out the Gay Pride Calendar to find a Gay Pride parade or event in a city near you. If you’ll be in the Boston area this June or in San Diego come July, check out the ASTROGLIDE float in the parades, and don’t forget to hit us up for a free lube sample!

How will you show your Pride this June? Let us know by tweeting us @ASTROGLIDE.