We consider ourselves well-versed in the world of sex, but it turns out that are quite a few sex terms we didn’t know existed. Consider our interest piqued with these fetishes and sex terms!

With so much hype surrounding a certain kinky book and film these days, fetishes involving handcuffs and blindfolds have become mainstream. Meanwhile, countless sex enthusiasts are quietly enjoying a host of fetishes that many people might be surprised to learn actually exist.

So you fancy yourself an art lover? If your attraction to statues extends into sexual fantasy, you might have agalmatophilia. This fetish also involves a lust for mannequins and dolls, which is a bit easier to appease with the realism of today’s modern sex dolls.

Do you get aroused dressing up as a giant cartoon-like stuffed animal? You’re not alone. Many fine folks within the furry fandom community enjoy this fun fetish while only a small percentage of them also claim to be plushophiles (i.e., turned on by stuffed animals).

Believe it or not, there are people who not only enjoy having insects crawl on them, but get their jollies from it. To each their own but, we have to be honest, this one sort of bugs us.

If you’ve ever fantasized about getting busy in the House of Mirrors at your local carnival, you may have katoptronophilia — a condition that involves being aroused by having sex in front of mirrors. Then again, you may just be extremely vain — like Patrick Bateman in American Psycho vain.

Do you consider being tickled torturous or titillating? If you chose the latter, you may be a knismolagniac. If you are, you might want to seek out playmates who have titillagnia (you guessed it, a sexual fetish for tickling others).

While sex organs and occasionally fingers or toes are often thought of as the most erogenous appendages to nibble and suck on, people with nasolingus are far more turned on by sucking on their partner’s nose. This gives a whole new meaning to the term, nose job.

If you’ve ever wondered why you get excited on foggy mornings, it could be more than an affinity for John Carpenter’s 1980 horror classic — you may actually be sexually attracted to the fog!

No, we’re not talking about a sci-fi fetish involving sex in a Matrix-like pod. Podophilia is an arousal to feet and it’s actually one of the more common kinks on our list. Don’t believe us? Google “foot fetish” — we’ll wait. Just be sure to clear your browser history if you’re reading this at work.

More than one recent report indicates that pubic hair is making a comeback. If you have pubephilia, this could be the dawning of a glorious new era in hair down there.

Oculophiles are people who have a sexual attraction to eyes. This could be as mild as a proclivity for a certain shape or eye color, but more often oculophilia refers to those who actually prefer sexual contact with the eyeball. With this vision in mind, you’ll never look at your optometrist the same.

Some people need dirty talk to get their juices flowing. Others require a sexy visual. Osmolagniacs, on the other hand, are most stimulated by smells (particularly body odors). So take it easy on the Axe Body Spray and let your pheromones do their thing the way nature intended. 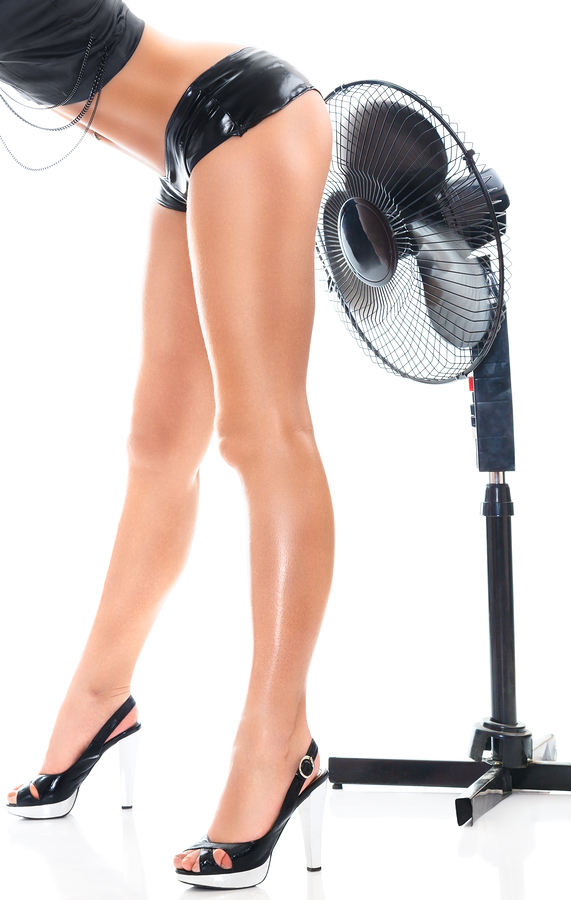 Dr. Jess points out on her blog that retifism refers to sexual arousal that is derived from shoes. As she so eloquently explains “Since the foot is the most common fetish in North America, it’s no surprise that there are a ton of retifists in our midst. Here’s to sky-high heels in the bedroom!”

Salirophiles enjoy dirtying, damaging and defiling the appearance of others. If you’ve ever fantasized about smearing someone’s makeup or tearing their clothing to shreds, you may be a salirophile. If you plan to act on this urge, be sure to get consent (and the number of a good tailor).

If you find yourself coyly lingering around your professor’s podium after class or if crashing a MENSA meeting is your idea of the perfect singles club — you may be a sapiosexual. This means you’re turned on by intelligence smarty pants.

Does wood, well, give you wood? Xylophilia is an actual fetish and might just explain why some of your schoolmates spent so much time earning extra credit in woodshop class. Watch out for splinters!

Now that you’ve done your homework and increased your coital vocabulary to sexpert level, we thought it would be fun to end the article with a less scholastic list of sex terms.

Even the word “innuendo” sounds dirty in a juvenile way. Here are some of our favorite euphemisms for intercourse that might just make your mom blush.

So there you have it — a glorious glossary to bookmark and share. As mature as we try to be, sex terms still have a way of making us giggle like school children telling dirty jokes at recess. There’s no shame in that because, in addition to providing the best lube for sex, ASTROGLIDE is committed to removing the stigma and taboo surrounding conversations about sex.

We realize that humor is a major part of a healthy sex life and we’re not above a silly “that’s what she said” gag to lighten the mood. So if we omitted any of your favorite sex terms, please share them in the comment section below!