HOME / BLOG / Relationship Therapy: What It Is and How to Tell If It’s Right For You

Relationship Therapy: What It Is and How to Tell If It’s Right For You 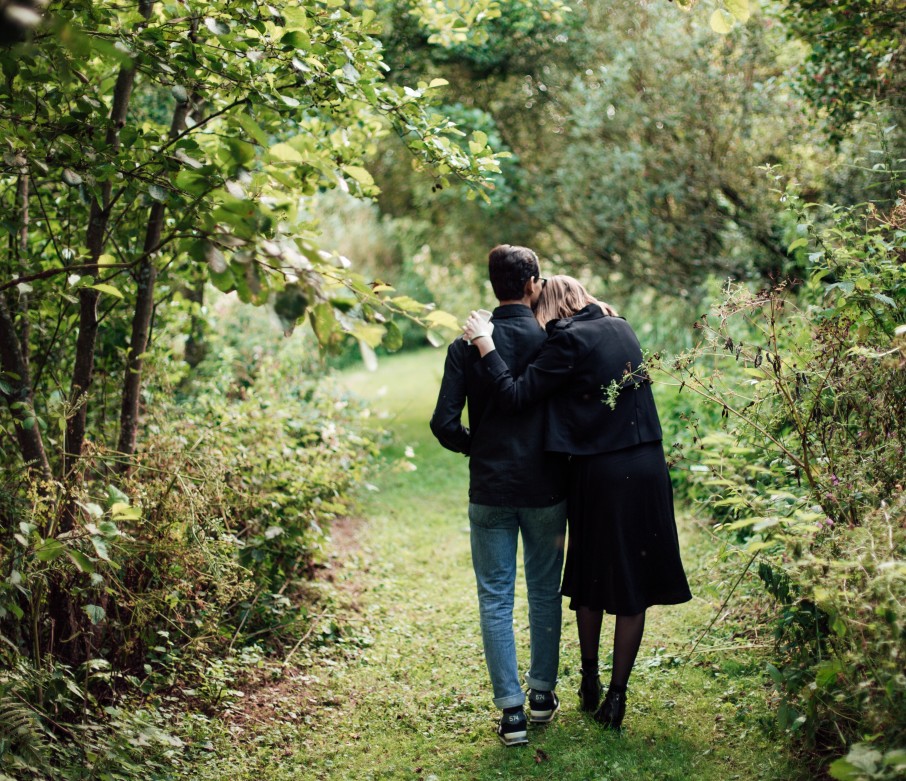 The good news is that conflict doesn’t have to mean calling it quits and going your separate ways. Relationship therapy can help you fix a broken relationship, rebuild trust and even rekindle your sex life.

What Is Relationship Therapy?

When most people think of counseling or any kind of mental health therapy, they picture something out of a movie — the stereotypical psychiatrist’s reclining sofa and perhaps a bespectacled doctor scribbling notes in the corner. It’s an intimidating image and one that some people even find a little frightening.

In other cases, people avoid counseling because they’re embarrassed or ashamed to admit they need help. Megan Hale, a licensed therapist writing for Mind Body Green, says that fear of stigma is a main reason why people avoid getting the help they need:
“The reality is that a negative stigma surrounding mental health in the United States is still very pervasive. Because the founding fathers of psychology tended to pathologize the human psyche, the general public is still wary of what happens behind closed doors of a therapist’s office.”

“Many people have a difficult time admitting that they need professional help because they don’t want to be seen by others as ‘crazy,’ unfit, or incapable of solving their life problems on their own. This fear of being seen as ‘less than’ is an extremely strong force that keeps people from seeking therapy.”

Like most things, counseling in real life bears little resemblance to what we see on television. But what does it really look like? And what can you expect when you and your partner seek relationship counseling?

Susan Krauss Whitbourne at Psychology Today notes that a review of more than 40 years of research shows that the majority of couples therapy methods adhere to five unifying principles. The research, which was conducted by UCLA psychologists Lisa Benson, Meghan McGinn, and Andrew Christensen, identifies the five common principles as those that:

Change the View of the Relationship

When you’re on the inside of a relationship, it’s difficult to view it objectively. Whitbourne notes that it’s also easy to get caught up in a “blame game” with your partner rather than accepting that you both probably bear some responsibility for your relationship problems.

Therapists try to help couples identify which external forces cause them to argue. For example, Whitbourne points out that couples with financial difficulties experience different “situational stresses” compared to those who don’t have money issues. Likewise, the parents of a new baby might struggle with relationship problems empty nesters of childfree couples simply don’t face.

Whatever problems a couple may face, a relationship therapist can help them shift their focus and hopefully get more clarity. “Different therapists will use different strategies, but as long as they focus on altering the way the relationship is understood, the couple can start to see each other, and their interactions, in more adaptive ways.”

In many cases, an individual’s bad habits spill over into nearly every area of their life. Intimate relationships are no different. One of the goals of relationship therapy is to assess dysfunctional behavior to determine if one or both partners are in danger.

As Whitbourne explains, “If necessary, the therapist may recommend, for example, that one partner be referred to a domestic violence shelter, to specialized drug abuse treatment, or to anger management.”

In some situations, the dysfunctional behavior isn’t severe enough to warrant additional intervention, but it’s still an issue that negatively impacts the relationship. In those cases, Whitbourne says something like a “time out” can stop arguments or disagreements from escalating. As we’ve written in the past, learning how to “fight fair” is an important tool for making a relationship last. 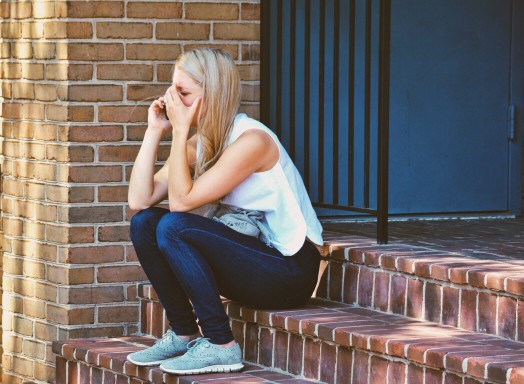 Some people deal with negative emotions by refusing to acknowledge them. As you might expect, this head-in-the-sand approach is never successful. When you’re in a relationship, it’s inevitable that your feelings will impact your partner. Thus, it’s no wonder that avoiding powerful emotions can cause relationship troubles to pop up. Whitbourne writes, “Couples who avoid expressing their private feelings put themselves at greater risk of becoming emotionally distant and hence grow apart.”

In many cases, emotional avoidance stems from childhood, and people carry over these issues into their adult lives. Relationship therapists help couples confront painful emotions, as well as the reasons behind them.

When you’ve been together a long time, you may think you no longer need to say certain things out loud. While it’s true that many couples develop something of a “sixth sense” when it comes to discerning each other’s thoughts and feelings, communication is a key component of any healthy relationship.

Relationship therapy can help you reconnect, as well as spot problem areas in the way you communicate. For example, you may have fallen into the bad habit of criticizing each other rather than offering each other support and encouragement.

When you’re focused on your relationship problems, it’s easy to overlook your strengths. Relationship therapists encourage couples to talk about the things they do right and to build on the positive aspects of their relationship. According to Whitbourne, “the behaviorally oriented therapist may ‘prescribe’ that one partner do something that pleases the other.” This can be something like pitching in more around the house, rekindling your sex life or working on becoming a more generous lover.

When Is It Time to Seek Relationship Therapy? (Six Things to Keep in Mind) 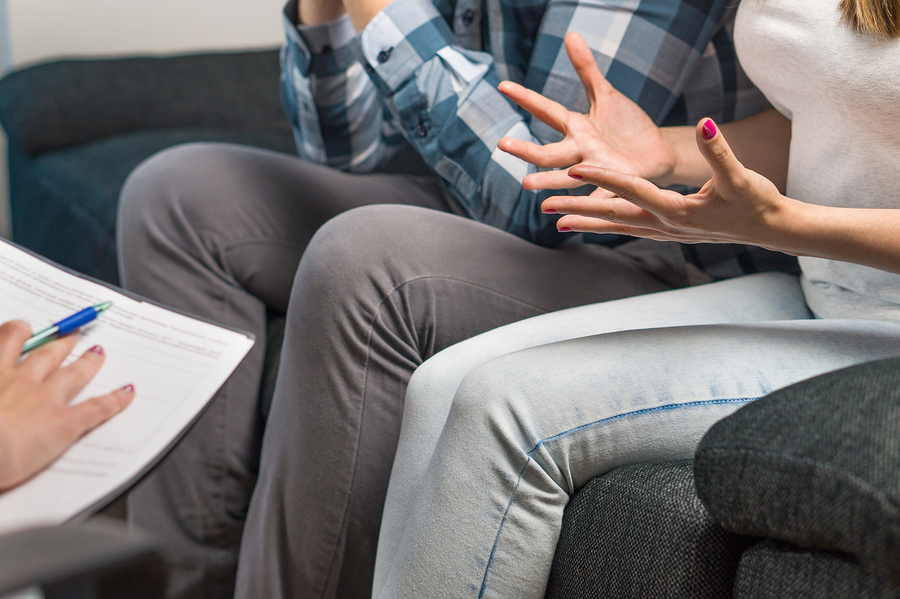 You may have heard the oft-cited stat that half of all marriages in the U.S. fail. However, this data is inaccurate. In fact, statistics show that divorce rates actually peaked in the 1980s and have even declined in recent years.

Furthermore, the rate of divorce varies depending on how many times a person has been married. According to research from the National Survey of Family Growth, 68 percent of women on their first marriage will stay married. The number is slightly higher for men, with 70 percent of fellas staying hitched. Divorce rates climb with each marriage, which means that people who have been married two, three or more times have a higher risk of divorce each time they tie the knot.

On the other hand, just because the divorce rate isn’t as bleak as you might have thought doesn’t mean you should ignore relationship problems on the horizon. If you’re wondering how to fix a broken relationship, or you’re worried your relationship is headed for a rough patch, here are six things to keep in mind.

Start Sooner Rather Than Later

According to Ian Kerner, a licensed couples therapist and CNN contributor, most couples wait too long to seek relationship therapy. “Couples should seek therapy long before they think they ‘need’ to.”

Kerner also cites marriage and family therapist Ashley N. Grinonneau-Denton, who says couples should approach relationship therapy as a workout rather than a Bandaid. “Every couple should take preventive measures to maintain health in their relationship, just like going to the gym. If couples don’t work their relational and emotional ‘muscles,’ they become un-toned, weak and create more of a chance of damage being done to their relationship.”

For many couples, relationship problems start in the bedroom. You might get along great when you’re going about your normal routine, but as soon as it’s time to be intimate, you find yourselves on separate pages — or, worse, separate beds. If some or all of your problems stem from your sex life (or lack of it), you might be better off seeing a sex therapist.

Although the idea of talking to a stranger about your sex life might make you blush, sex therapists are licensed mental and emotional health professionals who are clinically trained to help people overcome a wide range of sexual dysfunction. They went into their field to help people, not judge them.

We don’t mean one person giving the other “the silent treatment” — although that can definitely be a problem. Instead, be wary of relationship problems that seem insignificant but tend to snowball into larger issues. For example, maybe one partner doesn’t get along with the other person’s family members.

Or maybe one person wants kids, but the other is committed to remaining childfree. These are problems that tend to linger for months and even years. If you ignore them for too long, they can cause lasting damage. A relationship therapist can help you work through them before they drive a wedge between you.

You Fight About the Same Issues Again and Again

If you often feel like a broken record when you argue with your significant other, it might be time to seek the help of a pro. There’s good news here, though. According to Leon Seltzer at Psychology Today, many people revisit old disagreements with their partner because they learned this kind of behavior from their parents.

“However accidentally, you learned from your caretakers to recycle partner arguments, because that’s precisely what they did. When they disagreed, they’d both dig in their heels and adamantly and self-righteously proclaim the superiority of their position, instead of striving to understand each other’s perspective in a way that could eventuate in a mutually acceptable compromise.”

Like any bad habit, the tendency to recycle old arguments is something you can break. A relationship therapist can help you develop new strategies for handling disagreements with your significant other.

Finances Are a Major Source of Relationship Problems 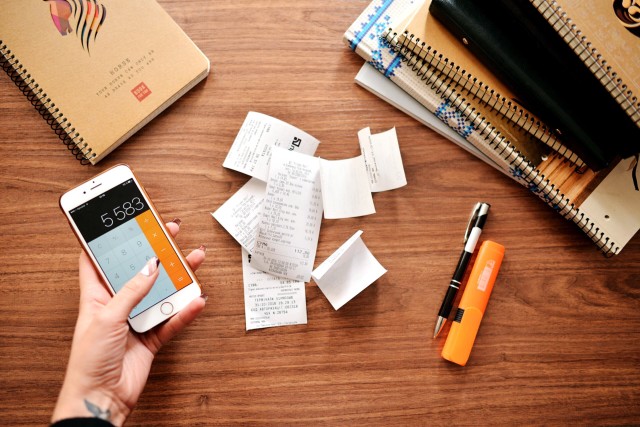 Money has wrecked many a relationship. Finance guru Dave Ramsey notes a TD Bank study that says 63 percent of people think their partner overspends in some way. Another study published by the National Council on Family Relations cites financial disputes as “the top predictor of divorce.”

Financial issues in a relationship can run the gamut from income disparity and personality differences to saving habits and honesty. As Ramsey notes, marriage — and any relationship — is a partnership. Being honest with each other about money is key to avoiding conflict down the road.

You’ve Experienced a Breakdown of Trust

“When mistrust comes in, love goes out.” — Irish proverb

Trust is the foundation of any intimate relationship. Once lost, it’s difficult to regain. Whether you’ve lost trust in a partner over infidelity, gambling addiction or some type of abuse, it is definitely possible to salvage your relationship. However, relationship experts aren’t shy about pointing out that rebuilding trust is a big challenge.

Licensed therapist M. Gary Neuman says that mistrust in a relationship can take many forms. “Trust is broken whenever there is lying that creates a shift in the couple’s life. Gambling, drug use, and even emotional and online infidelity often lead to severe trust issues.”

To rebuild trust in a relationship, Neuman suggests a four-step approach. Couples must start by confronting each other, but not in an aggressive or hostile way. The second step is to atone. “Your spouse has to want to make this relationship work, be apologetic and — in the case of an affair — be willing to completely end it with the other [person].” Step three involves reconnecting with each other in a way that slowly rebuilds trust. In step four, couples must build a new (and hopefully improved) relationship.

The bottom line? Rebuilding trust isn’t easy, but couples who are willing to put in the hard work often come out on the other side with a stronger, more resilient relationship.

Have you had success with relationship therapy? Tell us how relationship counseling helped you by tweeting us @ASTROGLIDE, and don’t forget to grab your free sample while you’re at it.