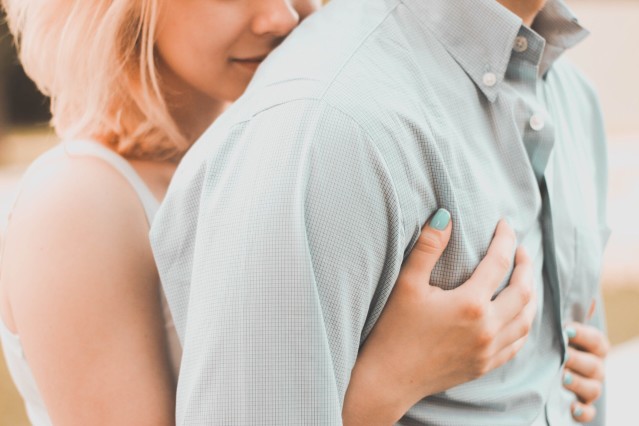 There are several possible reasons why women experience dips in their sex drive. Here are seven of the most common, along with tips for boosting the female libido.

Being a lady definitely has its privileges, but the hormonal roller coaster isn’t one of them. If you take a look at how hormones rise and fall during a normal menstrual cycle, you can see it literally looks like a roller coaster.

Now imagine how these hormonal changes vary when a woman is going through menopause. It’s well-documented that menopause causes a woman’s body to produce less estrogen, which can lead to a low sex drive and vaginal dryness that can make sex uncomfortable.

However, this doesn’t mean sex after menopause can’t be exciting and pleasurable. According to OB/GYN and ASTROGLIDE sexual health advisor Dr. Angela, “Lots of women in menopause do still have great sex lives.”

So, what can you do to increase your sex drive if your hormones are waning?

Hormone replacement therapy (HRT) can be helpful for women going through menopause, and for many women, it’s all they need to get back in the game.

Breastfeeding and Being Postpartum

Ah, the joys of being a new mom! While motherhood is a wonderful thing, it can also come with some less-than-pleasant physical side effects.

Women who are breastfeeding can experience dips in their sex drive, as lactation causes the body to produce prolactin, which can make a woman’s libido take a nosedive. Breastfeeding mothers also produce less estrogen, which can lead to vaginal dryness and painful sex.

Additionally, sex after baby can bring up body image issues if a new mom feels less than comfortable with her new shape following childbirth. As Dr. Angela points out, body image issues, fatigue, and breastfeeding can all contribute to decreased sex drive in women.

“Being postpartum and dealing with the demands of being either a new mom or introducing yet another baby to an already thriving family can be a bit overwhelming to a woman postpartum, both mentally as well as physically. Fatigue/exhaustion is a very common reason for decreased sex drive. If you are breastfeeding, this act in and of itself keeps the vagina in a low estrogen state which translates into ‘dry vagina,’ or more specifically, painful sex.”

A woman may also experience a reduced sex drive if sex is painful. When sex hurts, it can be hard to get in the mood. Known as dyspareunia, pelvic pain during sex can result from a number of health conditions.

For some women, pelvic pain is caused by vaginal dryness. For others, pain during sex is the result of uterine fibroids, pelvic inflammatory disease, vaginismus or endometriosis.

Sex may also be more painful or uncomfortable before or during a woman’s period. According to Dr. Angela, sexual desire can be up or down depending on where a woman is in her cycle.

“Around the time of ovulation, women will commonly experience an increase in sex drive. At the same time, during or slightly before the onset of a period, a woman may not feel like having sex due to pain from menstrual cramps, feelings of PMS, or embarrassment from being on her period. Period sex, however, is safe, will help with symptoms of cramping, and PMS, and can be some of the best sex you’ve had due to the increased blood flow to this region during the time of your menses.”

While some medical causes of pelvic pain during sex require help from a doctor or surgeon, using a personal lubricant during sex can temporarily alleviate discomfort and make the experience more pleasurable for women.

A lube like ASTROGLIDE Silicone Gel can make sex feel more comfortable. The silky formula is hypoallergenic on delicate skin, and it’s designed to last as long as you need it to.

An Illness Can Reduce Sex Drive

Certain medical conditions can also cause low sex drive in women. According to Dr. Angela, illness can affect a woman’s desire to have sex.

Got stress? It could be impacting your sex drive. According to Hopkins Medicine, women experience depression at a rate two times higher than men, and 21 percent of women will suffer from major depression at some point in their lives.

Dr. Jennifer Payne, director of the Women’s Mood Disorders Center at Johns Hopkins, recommends tackling low sex drive in depression by, well, getting right back on that horse and trying again.

According to Dr. Payne, “Sometimes I write prescriptions for my patients that tell them to go home and have sex with their partner. If you don’t do it, it becomes a self-fulfilling prophecy: You’ll do it less and less. Having sex increases the chances that you’ll return to a regular sex life once you feel better.”

She also recommends being intimate, even if you don’t feel like having sex. Even snuggling under the covers or holding hands can help you reconnect with your partner, which can help ease the symptoms of stress and depression. Here are 8 tips for planning a couples retreat without leaving home.

Need some ideas for rekindling the spark between you and your partner? Here are 20 unique ways to spice up your relationship. 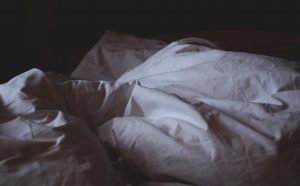 If you skimp on sleep, you’re not alone. According to the Centers for Disease Control and Prevention (CDC), 1 in 3 Americans doesn’t get enough sleep at night. However, missing your Zs could cause a lot of health problems, including a lower sex drive.

According to Dr. Allison T. Siebern, a fellow in the Insomnia and Behavioral Sleep Medicine Program at the Stanford University Sleep Medicine Center who spoke to WebMD, “lack of sleep can lead to low energy, fatigue, and sleepiness. This may also affect libido and/or decrease interest in sex.”

In some cases, people with chronic sleep problems also go out of their way to get as much sleep as they can. Instead of sleeping with their partner, for example, they might migrate to the sofa or a favorite recliner. It’s easy to see how this can put a dent in intimacy.

To remedy the problem, experts recommend ruling out serious sleep disorders, such as insomnia and sleep apnea. Other people can fix their sleep issues by sticking to a bedtime routine and making their sleep environment more inviting.

Changing your sleep habits can help you get the rest you need. Exactly how much sleep should you be getting? For adults between the ages of 18 and 64, the National Sleep Foundation recommends anywhere between 7 and 9 hours each night.

Certain medications can zap your sex drive. For example, antidepressants like Prozac and Zoloft are known to affect libido in some women. Also, certain types of birth control can also decrease the desire to have sex. On the other hand, doctors say some birth control options can boost a woman’s sex drive, so it’s a good idea to work with your doctor to find one that’s right for you.

As with women, low sex drive in men can happen for a few different reasons. Although we’ve all seen the commercials promising to make everything better with a little blue pill, the fix isn’t always that easy. On the other hand, sometimes men can recover their sex drive without turning to medication.

Like women, men can deal with shifts in hormones. When a man experiences a lower sex drive, he might have low levels of testosterone.

Although men can experience low testosterone at any age, the problem is more common in older men. According to the American Urological Association, low testosterone affects around 2 percent of the overall male population, but the number is as high as 50 percent in men over age 80.

If you suspect you have low testosterone, you should talk to your doctor. In some cases, doctors may recommend testosterone replacement therapy or other treatments.

Erectile dysfunction (ED) is another problem most people associate with older men. However, WebMD says it can affect men at any age. Although ED can be caused by certain medical problems, such as high blood pressure, it can also occur in men who need a little more stimulation to achieve an erection.

While some men might need treatment for ED, others can enjoy a satisfying sex life without the need for medication. According to WebMD, “It’s not unusual for older men to need more stimulation to help get them aroused than they did when they were younger. But there’s no reason you won’t be able to enjoy sex as you get older. Lots of guys are able to get erections well into their senior years, and there’s likely no reason that you can’t be one of them.” 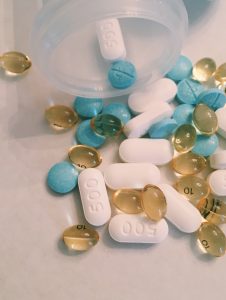 Before stopping any drug, make sure you talk to your doctor.

Sleep apnea, which is a sleep disorder that prevents people from getting the deep sleep they need to be fully rested, isn’t usually the first thing that springs to mind when men wonder about low sex drive.

In a separate study that looked at sleep apnea in women, “obstructive sleep apnea patients were at a higher risk for having sexual difficulties.”

Although sleep apnea can affect both genders, men are four times more likely than women to have it. There are a number of factors that can lead someone to develop sleep apnea, including a large neck circumference and obesity.

Sleep apnea can be a serious health problem, and people who have certain kinds of sleep apnea can actually stop breathing during sleep. If you suspect you have sleep apnea, it’s important to talk about it with a doctor.

As we’ve discussed before, sexual performance anxiety is a real thing. For a lot of men, there’s a great deal of pressure to be “on” during sex. Guys often feel like they’re responsible for the big finale. When you worry that the entire sexual experience depends on achieving a spectacular finish, the anxiety can actually inhibit your ability to get aroused and achieve an orgasm.

If you’re burdened by sexual performance anxiety, start by talking about it with your partner. Communication is central to any satisfying relationship, so don’t hesitate to share your feelings with your significant other.

You can also try sex therapy. As Dr. Jess explains, sex counseling offers a number of benefits the can bring you closer to your partner.

If your sex drive has been on the low side, spicing things up in the bedroom is a good way to give it a jumpstart. Try a free sample of lube, and let us know your favorite ways to put the spark back in your relationship by tweeting us @ASTROGLIDE.