HOME / BLOG / Everything You Need to Know About Queer Dating Apps

Everything You Need to Know About Queer Dating Apps 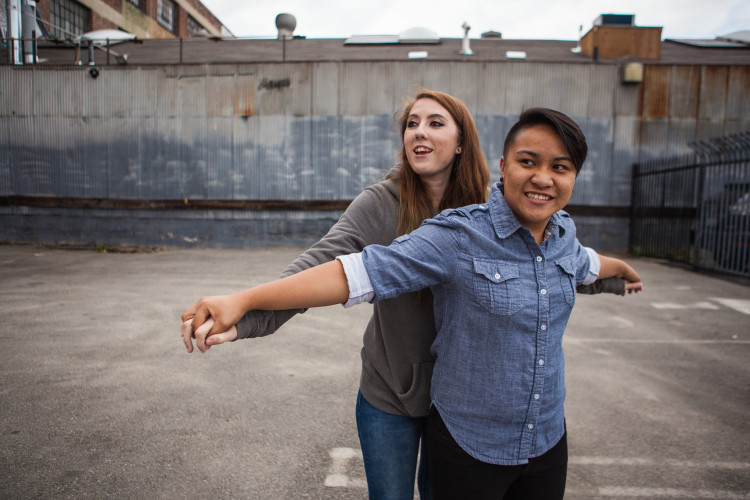 Despite the many (many) pitfalls, the appeal of online dating is that it gives us the opportunity to meet people that we wouldn’t otherwise meet. The perfect person for you could be living just a few miles away, but if you don’t run in the same circles or have some rom-com-style chance interaction at the post office, you might never meet. Online dating opens up your dating world to more than just the same fifty people you see at work and at the gym and presents you with a whole world of other possibilities — at least in theory.

The biggest problem about most dating apps is that they cater pretty exclusively to straight people. Even the apps that include options for gay dating do so within a very narrow definition of the term. For people who don’t quite fit the binary “male/female” and “gay/straight” paradigm, most dating apps can be pretty frustrating, if not downright exclusionary.

With this in mind, we rolled up our sleeves and started downloading all the dating apps we could find in search of the best queer dating apps. Here’s what we found:

What Exactly is the Definition of Queer?

If we’re going to talk about the best queer dating apps, it probably helps to start by talking about the definition of queer. After all, in our society the words gay and queer often get used pretty interchangeably. However, there is a reason that “queer” gets its very own letter in LGBTQ. The definition of queer is very different than the definition of gay. And because a general lack of understanding about the difference between these two words seems to lie at the heart of why great queer dating apps are so hard to come by, we wanted to take a second to define queer.

While the word “gay” refers to anyone who is primarily attracted to people of the same sex, the definition of queer is much broader. According to PFLAG, “queer” is more of an umbrella term that can refer to “anyone who a) wants to identify as queer and b) who feels somehow outside of the societal norms in regards to gender or sexuality.” Basically, people identifying as queer find the traditional definitions of binary gender and sexual orientation to be problematic for one reason or another. They might be gay, bisexual, or asexual. They might be gender-fluid or transgender. They might be any combination of all of these. On the broad spectrum of sexuality, “queer” is a full rainbow unto itself.

What Most Dating Sites Don’t Understand About Queer Dating

While online dating used to carry a certain stigma, these days as many as one third of married couples begin their relationships online. It’s no surprise then that online dating has become a 2 billion dollar industry. The largest internet dating sites like Match and OKCupid boast 59 million users and 30 million users respectively. With so many people – straight and otherwise – taking to the Internet to find their next relationship, it might lead some to wonder why people who identify as queer can’t just use the same dating apps as everyone else. But for those of us who’ve tried our hand at queer dating online, we know it’s not that simple. 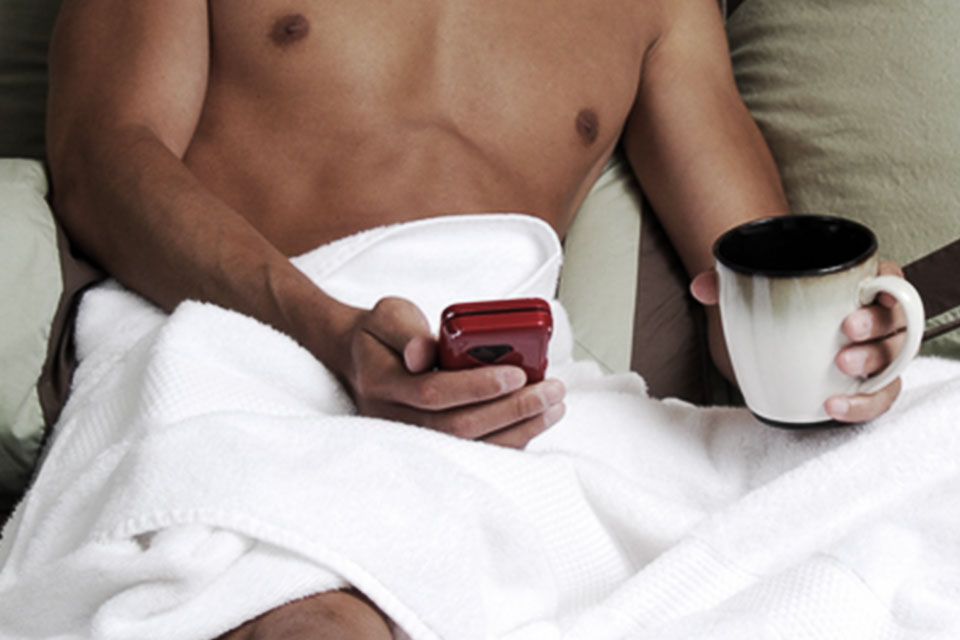 The main issue lies in the extremely limited way that most dating apps allow their users to identify their gender and orientation — as well as their preferences regarding both. For instance, many dating apps only allow users to identify as either “male” or “female”, sexual orientation is limited to “gay”, “straight”, or “bi”, and what a user is looking for is limited to “men”, “women”, or “both”. What’s an asexual lady or a FAAB trans gentleman to do? The main appeal of online dating is that it allows users to search by specific parameters to find potentially compatible people, but for people whose gender identity and sexual orientation are more complex than the options they are given, this search functionality becomes virtually useless.

With this in mind, we set out to find the best queer dating apps on the market. We looked at the variety of gender and orientation options that were given by each app, as well as its general friendliness to the queer community. Based on that, we gave each a grade. Here’s what we found:

Match is one of the largest of the dating apps with a massive user base, but in terms of queer dating apps, it’s basically useless. Users are limited to the tired old binary gender assignments and are only able to say that they are looking for “men”, “women”, or “both”. While Match does give you multiple options to describe your relationship with alcohol, your relationship to your gender and sexuality are barely even acknowledged. For people interested in queer dating, Match has little to recommend it.

First the bad: Like many other dating apps, OKCupid only allows users to say that they are interested in meeting “men”, “women”, or “both”, which is definitely not ideal. However, OKCupid has recently made some big changes that make it one of the better queer dating apps on the market. First of all, OKCupid now offers users 22 options for gender identity and 12 for sexual orientation, making it by far one of the most inclusive apps that we’ve seen.

Even better, OKCupid makes it possible for users to make their profiles invisible to straight people and to hide straight profiles from their matches as well. This makes is easier for queer users to focus on the people that they are there to meet and creates a more intimate community. While OKCupid isn’t getting everything right, they’re still doing better than most of the other dating apps out there. 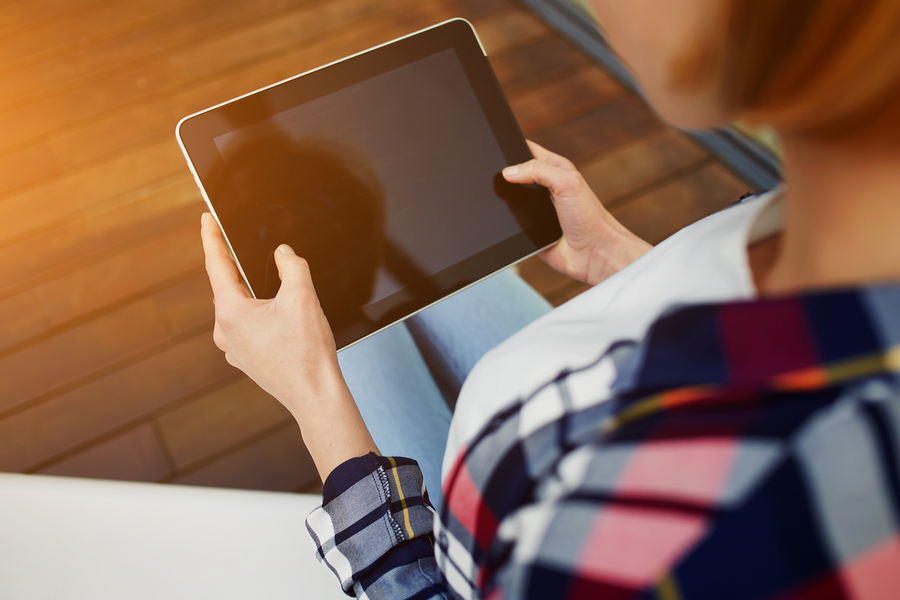 As any queer person who has spent any time on Tinder will tell you, Tinder is the literal worst. While you are at least able to select whether you are interested in men or women, this selection seems to have very little bearing on who you actually see as you’re swiping. If you are a lady, expect to see dudes. If you are a dude, expect to see ladies. If you are anything in between, expect to be massively frustrated. Tinder is pretty clearly and unapologetically for straight people. If you identify as queer, don’t bother.

Plenty of Fish is another of the big dating sites that is getting basically everything wrong. Users are able to list themselves as being interested in either men or women, but not both. So here you don’t even have the ability to identify as bi. And if you think that you might beat the system by including information about your sexuality and gender identity in your profile, think again. Plenty of Fish has strict rules about not including “sexual language” in your profile and so, if you’re not careful, your explanation could very well get your profile banned from the site. Next.

As one of the first dating apps exclusively for women, the primary drawback of Her is that is assumes that all of its users identify as women and doesn’t offer the ability to qualify that identification any further. However, Her’s sexual identity options are actually pretty extensive, offering everything from queer to pansexual. So if identifying as a woman isn’t problematic for you, Her could be a good option. For everyone else, this dating app is a bit too exclusive.

We’ll give Grindr this — it gets right to the point. There’s no way to select for gender or orientation. The assumption is that you are a man who is looking to hook up with other men — the details beyond that don’t seem to be terribly important. And as far as selecting for what you are looking for, the options seem to have much more to do with when (“right now” is a not so subtle option) than with who.

Grindr is essentially a hookup site — which is cool if you’re into that sort of thing — but if you’re looking for queer dating apps that will help you form a meaningful connection with someone, Grindr probably isn’t for you.

Of all of the queer dating apps we tried out, this one is by far the best — probably because it is specifically designed to be for LGBTQ women (sorry, guys). Here you have tons of options for everything from gender to orientation to relationship preference. From “polyamorous” to “intersex” to “genderqueer” to “questioning”, all the identifiers that other sites don’t acknowledge are here.

There’s even an option for “asexual” which is a huge win for a group that often has a hard time being recognized, especially in the dating world. Even better, you are also able to search by all the same parameters, so you don’t have to wade through a sea of profiles to find exactly what you are looking for. The only complaint we have about this app is that it is specifically for women. With so many amazing options for identification from cis to trans, the exclusion of men seems downright arbitrary. Still, in terms of queer dating apps, Wing Ma’am is the clear winner.

So what do you think of the grades we gave these dating apps? Do you know of any great queer dating apps that we missed? Let us know by tweeting us @ASTROGLIDE.