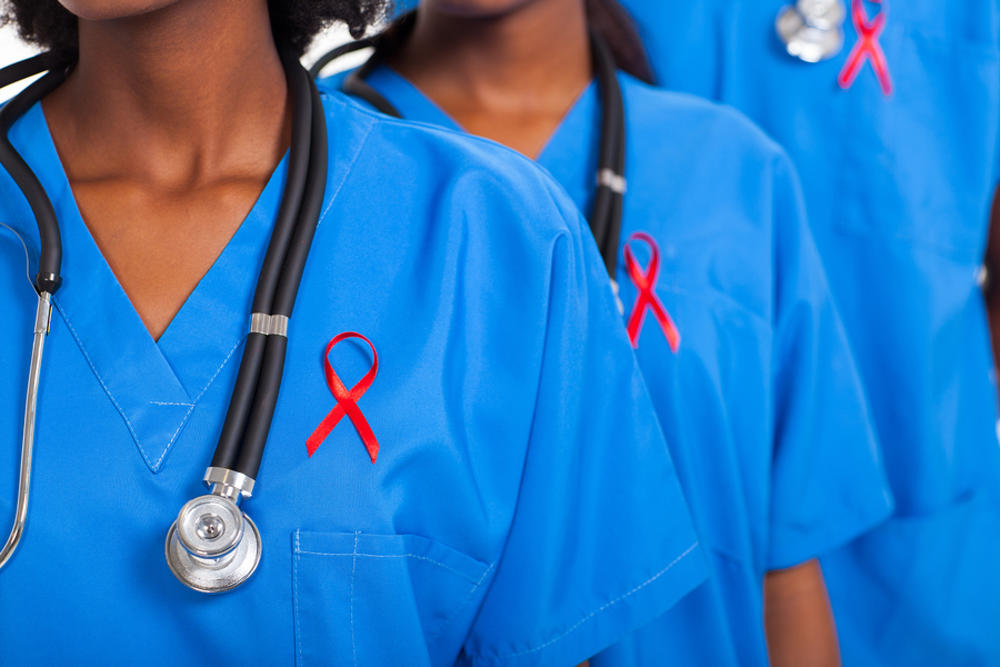 HIV is perhaps the most feared of all sexually transmitted diseases, and it’s no wonder why — the global epidemic has claimed millions of lives around the world by attacking the immune system. The risk of contracting this disease can be high, and while there are treatment options and medications available to help those living with HIV, a cure for HIV has not yet been found. Unfortunately, there’s a lot of misinformation out there about how the virus is contracted, spread, and treated, and that misinformation has serious consequences. How much do you know about the transmission of HIV, and this disease in general? Read on to learn the truth, and some surprising HIV statistics.

1. Symptoms develop between two and four weeks after an individual is infected with HIV. Many people experiencing HIV symptoms simply think they’ve contracted the flu. That’s because the symptoms are very similar and can even be mistaken as flu-like symptoms. They include:

2. Most HIV-positive people recover from their HIV, flu-like symptoms, and don’t experience other symptoms for years.

3. Some HIV-positive people may not experience HIV symptoms at all initially, and it can take up to ten years for them to feel the effects of the virus — all the more reason to undergo HIV testing regularly, even if HIV symptoms aren’t present.

The Power of HIV

4. The virus can survive for up to four weeks in syringes via body fluids, even after infected blood has been flushed out.

5. HIV can also survive in dried blood at room temperature for up to five or six days if that blood maintains the optimum pH level.

6. HIV sneaks past autoimmune cells by using a kind of camouflage. It surrounds itself with sugar molecules that fool the body into thinking it’s a nutrient instead of a threat, ultimately weakening the individual’s immune system.

8. One in six infected U.S. citizens don’t know they are living with HIV.

9. Every year, roughly 50,000 people in the United States become infected with HIV.

10. As of 2013, there were 35.0 million people living with HIV around the globe, up from 29.8 million in 2001. Scientists attribute these staggering HIV statistics to new infections, but also to general population growth and the fact that research and treatments have allowed someone with HIV to have a longer life expectancy.

13. The AIDS case rate for black Americans is nearly 10 times greater than that of white Americans. Rates of HIV infection are eight times greater among blacks than whites in the U.S.

14. Approximately 68% of reported cases and transmission of HIV infection come from sub-Saharan Africa.

15. The virus is the leading cause of death among women of reproductive age.

16. In 2011 (the most recent data available) the age range with the highest number of HIV diagnoses was 45-49 years old.

The History of HIV

17. The first known human to become infected with HIV was a citizen of the Democratic Republic of the Congo whose blood was collected and tested in 1959. Scientists believe the first human infection and transmission of HIV may have occurred in the 1920s.

18. Today, most scientists explain the origin of HIV through the “bushmeat theory.” The disease began in chimp and monkey populations and was passed to humans through African hunters who may have been scratched or bitten by their prey.

19. Simply interacting with a person with HIV or AIDS won’t put you at risk of infection. Neither will:

21. As many as 30% of African-Americans and Latinos believe that HIV is a government conspiracy aimed at killing off specific ethnic populations. Although rates of HIV are higher in some ethnic populations than others, this disparity is likely due to socioeconomic inequalities that result in lowered access to educational resources, medications, treatment, and care.

The Power of PrEP

22. There are different types of medicines to help stop the spread of HIV. A new drug is on the market that can help prevent the contraction of the HIV virus. “PrEP” stands for Pre-Exposure Prophylaxis. It’s a single pill and when it’s taken every day it can help stop the HIV virus from “taking hold” and spreading if and when you’re exposed.

23. PrEP takes longer to build up in vaginal tissue than it does in rectal tissue — it can take up to 20 days to help effectively protect vaginal tissue. However, no matter how you’re having penetrative sex, PrEP shouldn’t be your only means of protection — use those condoms too!

Want Our Latest Straight to Your Inbox?

24. In 1988, DC Comics introduced a villain named “Hemo-Goblin.” The HIV-positive vampire was created by a group of white supremacists and used to infect minorities. Not surprisingly, Hemo-Goblin wasn’t much of a fan favorite, and the character appeared in only one issue of The New Guardians.

25. In the African country of Malawi, HIV is often spread through the practice of “widow-cleansing” in which a widow is “expected to have sexual relations, in order to cleanse her. There is a belief that if she does not sleep with someone, the spirit of her dead husband will come and visit upon her, and her family will be cursed.”

26. In Tanzania, persons with albinism are raped and killed because of an HIV superstition. Some citizens believe raping an albino girl can cure AIDS diagnoses. Others murder albinos and use their blood, hair or other body parts for AIDS-curing potions.

27. Some Africans believe that HIV can be caused by witchcraft or by angry ancestors.

Despite the prevalence of superstitions like these, the only true method of prevention against HIV infection is to not come into contact with body fluids, like the blood, semen, vaginal fluid, or breast milk of someone who’s HIV-positive. This, of course, means not sharing needles, using condoms (and condom-compatible lube), and having HIV testing done frequently.

Know any interesting HIV statistics we didn’t include here?

Share a link or a fact by tweeting us @ASTROGLIDE.