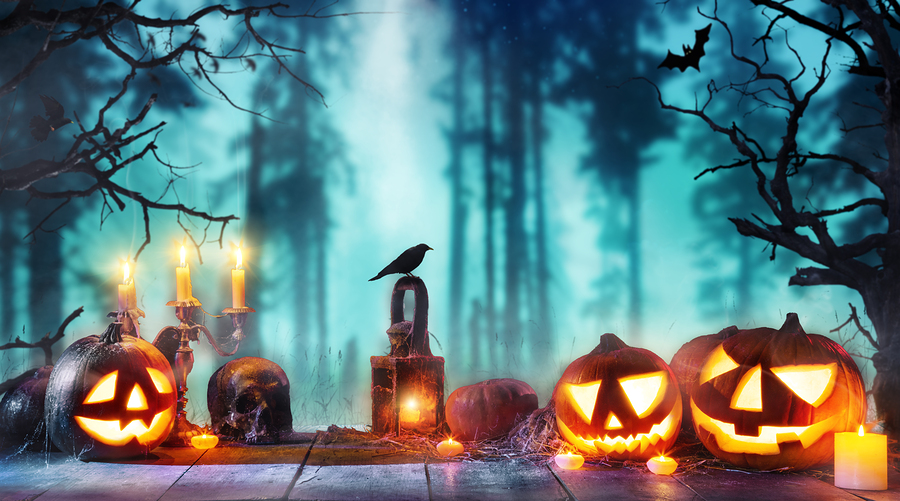 You know that you’d love to do a couple’s costume with your main squeeze, but you’re not quite sure where to start. There are so many options and only a few short weeks to pull the whole look together. You’d hate to have to settle for a played out costume that everyone has seen a million times, but you’re running short on time and ideas.

Don’t worry — we’ve got you covered. It’s not too late to find the perfect couple’s costume for you and your partner. We’ve put together a list of unique and sexy costume ideas to get you started.

Adam and Eve were the original power couple and their scant leafy clothes make this a fun and sexy costume idea for a couple that’s not afraid to show some skin. As an added bonus, you don’t need to hit the expensive costume shops to make this look perfect. A hot glue gun and a trip to the dollar store are all you need to make a great-looking DIY version for pennies on the dollar.

When it comes to sexy costume ideas, it doesn’t get much hotter than this. The chemistry between this brash and virile general and the powerful and seductive Queen of the Nile is the stuff of legend. If you get this sexy couple’s costume right, it will be a look that your friends won’t soon forget.

This ultimate ride-or-die couple is a sexy costume classic. All you and your partner-in-crime need to complete the look are some 1930’s-inspired clothes and a few bags of fake cash and you’re in business.

As famous for her many lovers as she was for her sparkling screen presence, Marilyn Monroe comes with multiple options for her leading man. Choose a Yankees uniform for ex-husband Joe DiMaggio or make a nod to her much-speculated, but never confirmed, tryst with President Kennedy in a suit and tie.

This classic couple might not have lasted, but they remain undeniable Hollywood royalty. Go for the classic white jumpsuit for Elvis and 60s platform shoes and a dramatic cat eye for Priscilla and you’ll be sure to knock this sexy costume idea out of the park.

Although their relationship was short-lived, the romance between Sean Combs and Jennifer Lopez is still one of the most iconic celebrity pairings. We would argue that this has a lot to do with that green dress. You know the one. The plunging, green Versace number that J. Lo wore to the 2000 Grammy awards with P. Diddy was a sexy and unforgettable fashion statement that should take center stage for this look.

The Hollywood couple is as glamorous as they are controversial, making this a fun and sexy costume idea. From Kim’s curve-hugging style to Kanye’s ground-breaking, though sometimes bizarre fashions, these two paparazzi favorites will give you and your partner plenty of inspiration when it comes to putting together your costumes.

Music’s reigning king and queen are the perfect sexy costume idea for an uber-confident and ultra-stylish couple. Recreate their looks from the now-classic “Crazy in Love” video or brainstorm your sexy costume ideas by drawing inspiration from one of their other iconic fashion moments. Just make sure that you have the confidence and swagger to portray this level of hip-hop royalty.

Here’s one of the best sexy costume ideas from the Game of Thrones universe. The off-the-charts chemistry between these two rulers made the romance between Daenerys and Kahl Drogo an undisputed fan favorite in a story rife with sexy couplings. Don’t forget the details like Kahl Drogo’s body paint and Daenerys’s dragon eggs to make this look really pop.

The Goblin King and Sarah

The undeniable sexual tension between The Goblin King and Sarah in the 1986 classic Labyrinth gave this Jim Henson film a decidedly adult feel. From The Goblin King’s glam costumes (based on David Bowie’s own iconic style) to Sarah’s ornate masquerade ball look, this is a sexy costume idea that will take some serious dedication to pull off. If you’re up for the challenge, however, this couple’s costume is one of our absolute favorite sexy costume ideas. 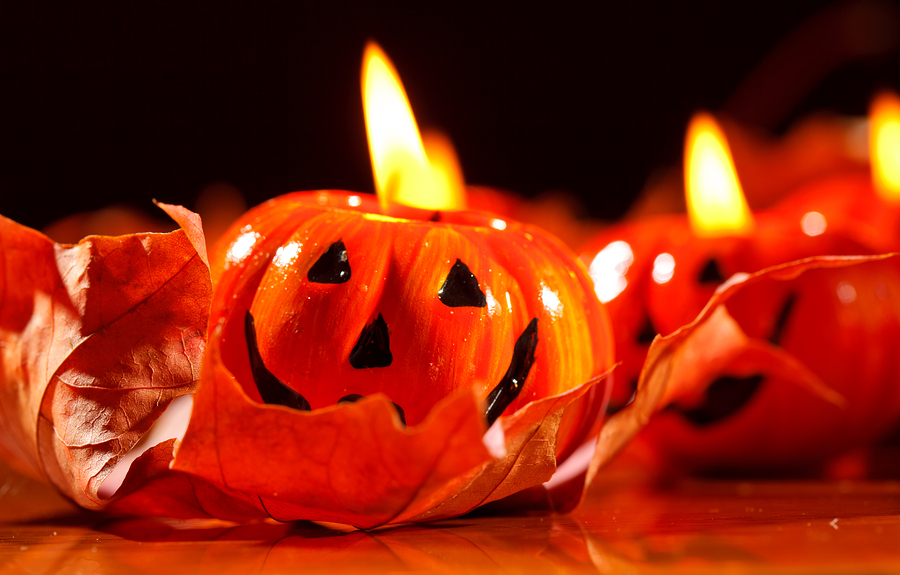 These two are the ultimate comic book power couple and a classic, yet sexy costume idea for couples. Besides, who doesn’t love a man – or a woman – in tights? Once you slide into these skin-tight, crime-fighting costumes, all eyes will be on you.

This couple is one of our favorite sexy costume ideas. Both adversaries and love interests, the sexual chemistry between these two comic book icons is off the charts. Nothing says sex like black lycra — and just think of all the fun you can have with cat woman’s whip after the party is over.

The Joker and Harley Quinn

These two baddies are the perfect sexy costume idea for any couple who enjoys the darker side of the comic book universe. Once you find the perfect costumes, make sure that you get their iconic makeup on point to complete the look.

As the reigning romantic leads in the powerhouse Star Wars franchise, Han Solo and Princess Leia are the ultimate sexy costume idea for science fiction enthusiasts. Han Solo’s rugged look should be easy enough to pull off, and as for Leia, you can’t go wrong with the gold bikini. Continue the fun when you get home with your free sample of ASTROGLIDE and you’re sure to have a Halloween to remember.

The chemistry between the rough-and-tumble cabbie Korben Dallas and the enigmatic Leeloo helped to make The Fifth Element an instant sci-fi classic when it was released in 1997. Obviously, Leeloo’s strappy, futuristic looks will be the most difficult to replicate, but you can find some really great options on Etsy.

The Doctor and his Companion

With 12 different Doctors and an endlessly revolving door of companions, the long-running British sci-fi franchise, Dr. Who, offers a large amount of variety when it comes to costume ideas. The 10th and 11th Doctors are generally considered to be the sexiest and each has their own unique style (fez, anyone?). Choose your favorite Doctor and companion (Rose and Amy are our favorites) and you’re ready to start planning your look. 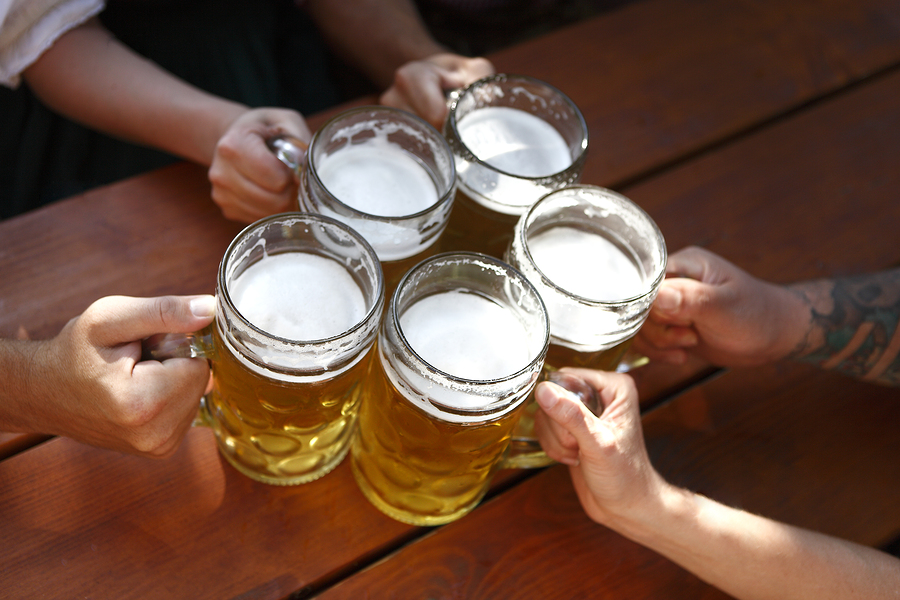 Fans of Torchwood, a spin-off of Dr. Who featuring the first non-heterosexual character in the franchise’s history, quickly fell in love with this sexy pairing in the second season. Start with John’s iconic red jacket and Jack’s long gray coat and you’re more than halfway to nailing one of our absolute favorite sexy costume ideas.

The on-again/off-again affair between Washington D.C.’s best fixer and the President of the United States is at the emotional center of Shonda Rhimes’s primetime smash, Scandal. Dress your Fitz in a presidential suit and style, Ms. Pope, in a creamy white pantsuit and lots of lip gloss — bonus points for a quivering lip and an over-sized glass of red wine.

Although their relationship is tempestuous at times, this husband and wife team are the perfect sexy costume idea for fans of the ratings juggernaut, Empire. Don’t hold back in replicating the over-the-top glam style of these two hip-hop moguls and you’ll have a couple’s costume that is as memorable as it is fun.

It’s a tale as old as time: she’s a princess who keeps getting kidnapped and he’s an Italian plumber who will do anything to save her. Could there be a more sizzling romance? Make this fun and nostalgic couple’s costume more adult by having Mario ditch his shirt and raising Peach’s hemline and you’ll have the perfect sexy couple’s costume.

Damsels in distress were a staple of early video games and this one is no exception. Princess Zelda often finds herself in need of rescuing and Link is the young man charged with the task. Play up the more intricate details of these costumes for a look that is sure to wow at any party.

What do you think of our list of sexy costume ideas for couples? Do you have any great sexy costume ideas that you’d like to share? We’d love to hear your thoughts in the comments below. Tell us what you are your partner will be wearing for Halloween this year and don’t forget to tweet us (@ASTROGLIDE) a picture of your sexy couple’s costumes once it all comes together.